The Sweet Truth About Stevia 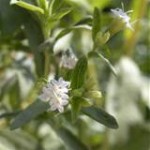 Stevia has helped me out of a tight spot more than once.  I’ve been known to have a sweet tooth, and the older I’ve gotten, the more I’ve been privy to diseases like diabetes that are dominated by diet and lifestyle choices. Hence, the advent of stevia as my sweetener of choice.

The only downside to it that I can tell is stevia’s slightly bitter aftertaste, which I personally don’t even notice anymore or it can easily be remedied with the flavored stevia.  Aside from that, I have nothing but praise.

If you’re new to stevia, it’s a plant native to Paraguay that is 300 times sweeter than regular table sugar, and minus the calories.  Due to its potency, only a small amount is necessary to sweeten.  Plus, it has a zero GI, or glycemic index, making it ideal for diabetics or pre-diabetics.

Once stevia leaves reach their peak sweetness, they’re harvested and dried, and in a process similar to steeping tea, the dried leaves are soaked in water to unlock the sweet substance trapped in the leaf. The finished product is a high purity sweetener that can be eaten alone or used in combination with other natural sweeteners to deliver great-tasting low-, no- and reduced-calorie drinks and foods. Stevia-based products are used in juices, tea, desserts, sauces, yogurt, breads, or just as a tabletop sweetener.

The indigenous people of Paraguay used powdered stevia leaves to sweeten beverages for centuries and by the 1800’s, stevia consumption was established throughout South America, including Argentina and Brazil.In 2008, a high purity stevia extract containing the steviol glycoside rebaudioside A (rebiana) earned Generally Recognized as Safe status under the laws administered by the FDA allowing it to be used in foods and beverages.  Japan and Europe have also given their seal of approval for stevia as well. Now, more and more people have discovered all-natural stevia.

I use it for a variety of reasons, including baking, to sweeten lemonade and iced tea, raw pudding, even soups.  And I never feel guilty about eating any of it!  Stevia eliminates the guilt factor from eating because it’s natural, making it a higher quality sweetener than refined sugar, and I just naturally eat less too because I get my sweet fix in half the amount it normally takes with sugary foods. Not to mention, stevia doesn’t have the same effect as sugar when it comes to how I feel when I eat it in that it doesn’t suck my energy or leave me feeling lethargic because it doesn’t rush your blood sugar in the same way sugar does thereby leaving you on an even keel.

It’s a win-win all around! As far as I’m concerned, taste buds rejoice! 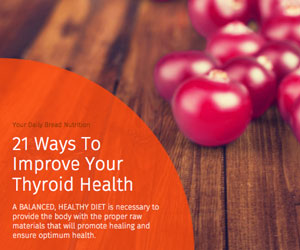